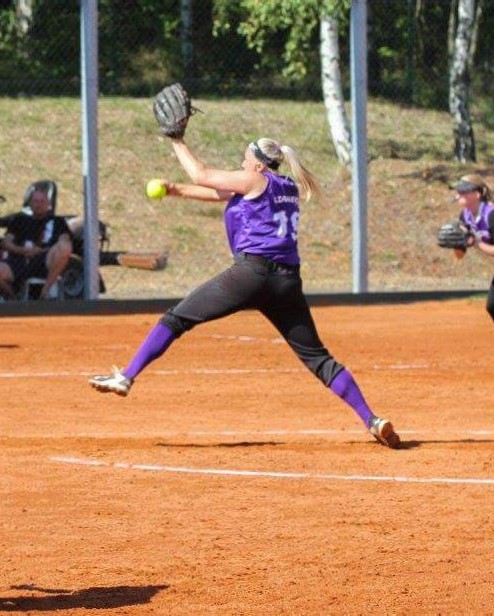 As a player, Camille is a high level pitcher who also has a very strong offensive game. She graduated from a lucrative ball scholarship, and has returned to Alberta to give back to the game.  Camille attended Iowa Western Community College from 2009 to 2010, and led the Conference in strikeouts (151) and saves (4). She went 16-7 with a 1.67 ERA and was also an NFCA Scholar All-American. In her sophomore season, she attended Stetson division 1 school from 2010 to 2011 and went 9-9 in the circle, leading the team in most wins, with a 2.91 ERA in 110.2 innings. Her college career came to a close in 2014 at Barry University and was named to the Sunshine State Conference Commissioner’s Honor Roll. She was named the NFCA Scholar All-American and finished off 11-5 record and a 2.46 ERA and has won numerous pitching awards.

Camille was one of Alberta’s finest players. She ended her minor career playing for the Warriors, she led the team into a Gold medal in provincials for 5 consecutive years.  She has also pitched in many Canadian Western & National Championships and Western Canadian Summer Games. In 2011 her team earned Bronze at Nationals where she also earned the All Star Pitcher Award. In 2012, she was the Fast Pitch Player of the Year in Alberta. She still currently plays part time with Calahoo Senior ladies and has taken her coaching/playing skills over abroad this past year. She has been teaching full time the past 5 years and is always find new/ creative drills to challenge her students.

Some of her more recent Career Highlights are: