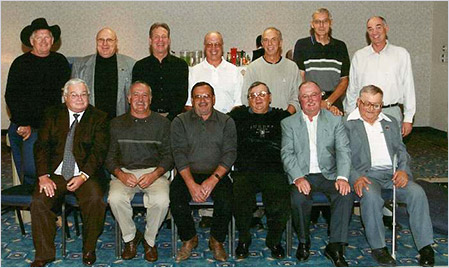 The Lethbridge North Stars won three consecutive Junior ‘A’ Men’s Provincial Championships in 1963, 1964 and 1965. They were comprised totally of “home grown” talent.

The North Stars were a team of players that were quite simply ahead of their time. Had they developed as a team a little later in life, they could have represented Lethbridge and Alberta at numerous Western Canadian Championships.