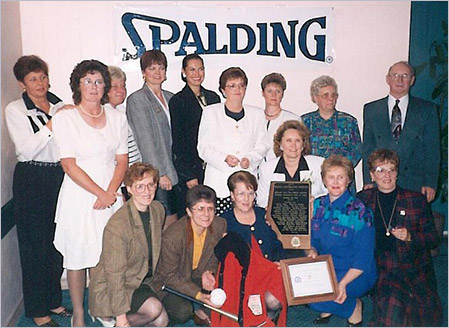 To describe the Staheli Construction Spartans as a powerhouse in women’s fast pitch may be an understatement. This team from Edmonton compiled a long list of Championships over eight years.

They were very successful due to their superior fundamental skills, close team unity and competitive spirit. The Spartans were always willing to withstand a challenge and possessed strong sportsmanship skills. They were highly respected for their abilities but also for their ability to handle all affairs with dignity and class.