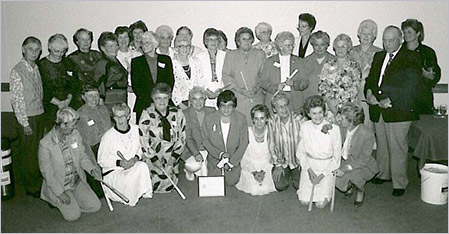 The Edmonton Mortons have the distinction of being the first ever official Canadian Senior Women’s Softball Champions in 1951. The 1951 series was conducted under Eastern Canadian Rules: five feet shorter base paths and increased pitching distance. Unfortunately, the Mortons were unable to defend their title because there was no Canadian Championship in 1952 due to a lack of finances and a decision of the Canadian National Exhibition to pass up sponsorship.