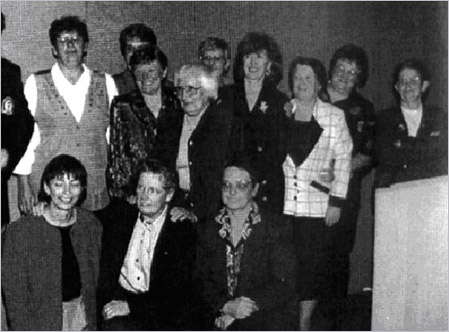 At a time when competition was limited and Women’s Senior ‘A’ players were few and far between, the Calgary Comets were created. The first few years were building ones, but in 1963, all that hard work paid off. The Comets’ rivals, the Edmonton Army & Navy Pats finally found a formidable foe.

The Calgary Comets were successful due to many reasons; team spirit had a great deal to do with it, along with tremendous enthusiasm and ambition. They played the game brilliantly; some would even use the word clever. This was a team that was highly respected for their talent, strong sportsmanship skills and above all, their competitive spirit.