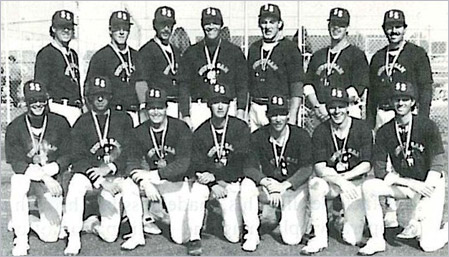 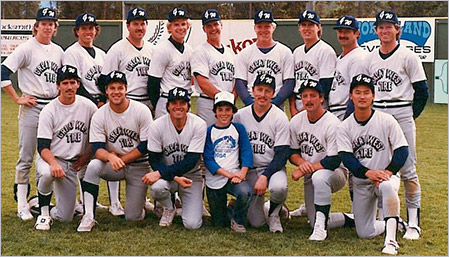 The Lethbridge Great West Tire/Super Sam’s teams ruled the Slo-Pitch base paths in Alberta and Canada for three years.

In 1984, Great West Tire won the Canadian Senior ‘A’ Men’s Slo-Pitch Championships in Whitehorse, Yukon. The following year, in the same city, Great West Tire defended their title. Then in 1986, in their home town of Lethbridge, they became three-time champions.

Over the years, Great West Tire had picked up players from fastball and baseball. Anyone who joined the team had to have one thing in common: fun.

The team could hit, but they could also field. The pitching wasn’t bad either.