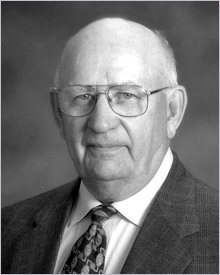 Walter Braul has been involved in the sport of softball at some level, for the past 40 years.

He moved with his family to the Ellerslie area at a young age and developed a love for the game of softball that he passed on to his children.

While starting up the law practice, Braul, Spencer & McEvoy, he first assumed the role of manager for the Ellerslie Dukes boys softball team, and then proceeded to take on the head coaching position. Coaching the team became a full time commitment, and Walter jumped in with both feet.

When his son Bryan finished his junior playing career, Walter was convinced by then President of Softball Alberta, Fred Villner, to act as the association’s legal counsel. He has continued this volunteer position for over 25 years.