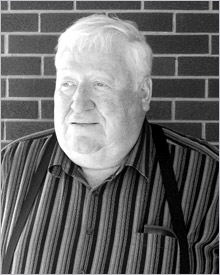 Howard Singer comes from a family devoted to their community and the sport of softball. He began his extensive involvement with softball acting as a bat boy, then went on to become a full-fledged player as a member of the Spruce Grove F.U.A., coached by his father Henry Singer. He played with them for six years, earning four provincial championships along the way. Upon retiring as a player, Singer began coaching the Edmonton Playboys, leading them to four provincial titles. He made the jump to professional ball, and coached the Edmonton Monarchs in the Western Major Fastball League. He won three Western Canadian Championships with the team, from 1975 to 1978. After leaving the Monarchs, Singer became involved with the Wellington Park Community Club, and earned several provincial titles while coaching their teams. Howard’s 25 years of community involvement goes beyond simply coaching: he has been the vice president and sports director for Wellington Park, as well as the North West Zone Softball Council Executive. He won the A.A.S.A. Minor Coach award in 1988, and was the recipient of the Governor General Medal in 1991 for excellence in volunteer work.