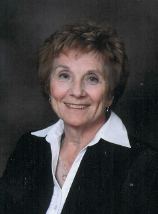 Gerri Dornstauder, is known by all who come in contact with her, as the softball guru for Calgary and area. She has been involved in softball in Calgary as a player, coach, administrator and volunteer for literally decades (CLSA, CMSA, GASP, CWFA, AIWFA, Softball Calgary and Softball Alberta).
Gerri is a Level 3 Softball coach and she organizes and delivers softball clinics, NCCP courses/classes and seminars. She supervises provincial championships and “Learn to Play” clinics. Gerri is the Softball Alberta Administrative Representative in Calgary and has for many years been an integral part of the Calgary Women’s Fast Pitch Association Executive (Vice President and Director).
Gerri has had a hand in anything and everything to do with fastball in the Calgary area for many years, has maintained her high ethical standards throughout, and has treated everyone with fairness and respect. Gerri and her daughters played fastball at an elite level, and now Gerri is trying to cut back on her outside/volunteer involvement in fastball so she can spend more time teaching her grandchildren the finer points of the game of softball.
For the past 38 years Gerri has served as a volunteer in the following positions:
Calgary Minor Softball Association
Vice President
League Director
Scheduler
Secretary
Registrar/Commissioner
She was instrumental in assisting numerous communities in starting up their softball programs
In 1982 she initiated and coordinated the very first Mite category program
Scheduled city playoffs and awards distribution
Organized coaches, players and pitching clinics
Instructed numerous player’s clinics
She was her community’s summer sport coordinator
Organized and worked countless bingo’s and casinos
Evaluated players for the Calgary Minor Softball Association (A) program
1990 Western Canadian Bantam Boys and Girls Championship – Committee Member