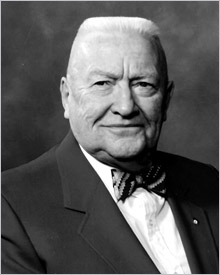 An all round sportsman, Ed Corbett of Calgary was active in Calgary sport both playing and administering for over 60 years.

He served 22 years with Softball Canada as President and/or Past President of their Association.

Inducted as a Sport Builder in 1987