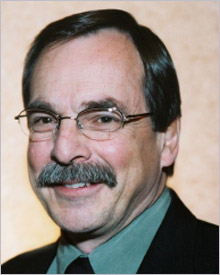 Dennis Milligan lived in Yellowknife, NWT from 1957 to 1984. Dennis married his wife, Marcie, in 1974, having two children Shayne and Nicole. Dennis moved his family to Grande Prairie in January 1984, then to Sexsmith in August of 1989. He managed Sexsmith Insurance Ltd. from October 1990 to October 1992, purchasing the business in 1992. In October 2007, he began the process of turning the business over to his son Shayne. Dennis continues to work as a manager and mentor.

Dennis began his coaching career in 1973. He is a Level 3 certified coach and a Level 2 instructor and he has coached many different categories of teams over the years including Masters Women, Masters Men, Senior Women, Senior Men, Junior Men, Midget Boys, Bantam Boys, Pee Wee Boys, Squirt Boys and Mite Boys. Dennis has been to 6 Canadian Championships, winning a Silver medal with a Junior Men’s team from North West Territories, 6 Western Canadian Championships, winning a Bronze with a Masters Women’s team from Alberta, a Silver medal with a Senior B Men’s team from Alberta, and a Gold medal with a Bantam Boys team from Alberta. Dennis has coached at a total of 17 Alberta Provincial Championships, winning 5 Silver and 6 Gold. In 1989, Dennis was awarded Softball Alberta’s Adult Coach of the Year and in 1996 he was awarded Softball Alberta’s Minor Coach of the Year.

Dennis has been an outstanding supporter and contributor to the sport of softball for many years. His noteworthy achievements and prolonged and meritorious performances in our sport make him worthy of induction into the Softball Alberta Hall of Fame.