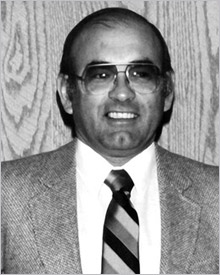 Corrido Santoni was involved in the sport of softball both as a player and as a coach for over 30 years.

He was a member of the Dallas Hotel Cowboys, Lethbridge Miners and was a coach with York Hotel and the Val Matteotti North Stars.

He was named Softball Alberta Coach of the Year in 1984.