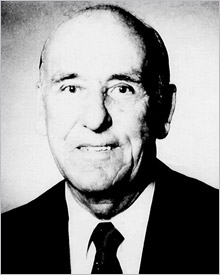 “Cocky” Pegorara of Calgary, as he was known throughout his playing career, started playing in 1932 and would grow into one of the finest catchers in Alberta playing for three Calgary teams that won Western Canadian Championships.

His constant chatter and energy highlighted and saved many games.

Berto umpired minor softball, coached minor hockey and minor softball in his Calgary community, and has been honored by the Acadia community in Calgary for his contribution to sport in general.