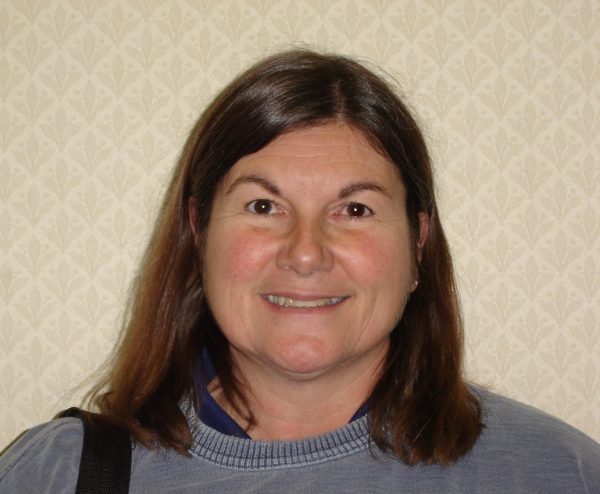 Anita’s love for the game of softball started when she was growing up in Cluny, AB playing “500” and scrub. She started playing organized ball in 1973 with the Oil Patch Cougars in the Petroleum League in Calgary. During the following years she played in the Calgary Ladies Softball Association (CLSA) with the Intermediate ‘A’ teams – Gaskettes & Rockettes, with the Senior ‘B’ team, the “Majestics”, topping off her fastpitch career playing Senior ‘A’ with the Calgary Sundancers from 1978 to 1983, the last three years as a player/coach. During the 1984/85 season she played mixed slo-pitch with the Sun Club and attended the Alberta Summer Games in Fort McMurray.
Anita also had an extensive coaching career and is still actively coaching. Below is her coaching career:
1986 – Junior A Women Falcons team in the CLSA
1986-89 – continued coaching the Falcons to Senior A in 1989
1989-97 – coached in nine Canadian Championships
1995 – Assistant coach to the Junior A Women Magicians, Provincial Champions
1998 – Coach of the Senior ‘B’ Women M&M’s team (Provincial Champions) at the Senior ‘B’ Women Western Canadian Championship in Surrey, B.C. where they won a bronze medal.
1999 – Anita moved to Strathmore where she helped with the local Bantam, Midget and Junior teams from 2000-2003.
2004 – Assistant coach with the Junior ‘B’ Women Strathmore Magic team.
Provincial champs in 2005, 2006, 2007 and 2008, silver medalists in 2009 and 2010, Provincial champs in 2011, and at the Junior ‘B’ Women Western Canadian Championships bronze medalists in 2006 and 2008, Silver medalists in 2009 and 2010 and the gold medalist in 2011.
2012 – 2016 – Anita continues to coach & manage the SR ‘B’ Strathmore Magic team.
On top of her playing & coaching career, Anita held various board positions throughout the province:
• 1987-1991 – Vice-President for the CLSA
• 1990-1991 – Treasurer for the CLSA
• 1991-1993 – Director – Softball Alberta Liaison for Softball Calgary
• 1991-1995 – Zone 3 District Organizer
• 1996 – Zone 3 Assistant District Organizer
• 1997-2010 – Director for Softball Alberta
• 20 years – Anita held positions on the Softball Alberta Board
During Anita’s time on the Softball Alberta Board she supervised and hosted many Provincial, Western & Canadian Championships throughout Alberta and Canada.
1994 – Host Committee – Senior A Men & Women SP Canadians in Calgary
2004 and 2006 – Host Committee – JR B Men & Women Western Canadians in Strathmore.
1997 – Softball Alberta liaison for the JR Women’s Canadians in Calgary
1997 – Softball Committee & Lottery Committee for the Calgary World Police & Fire Games
1998 – Assistant Supervisor – Midget A Girls Canadians in Red Deer
1999 – Assistant Supervisor –Midget A Boys Canadians in Kitchener, ONT
2005 – Assistant Supervisor – Bantam A Girls Canadians in Cloverdale, B.C.
2007 – Assistant Supervisor – Midget A Girls Canadians in Edmonton
2007 – Assistant Supervisor – Alberta Inter-Collegiate Fastpitch Championships
1997 – Supervisor – Intermediate A Men’s & Women’s Westerns in Calgary
1999 – Supervisor – Master Men’s & Women’s Westerns in Calgary
2000 – Supervisor – Junior B Men’s and Women’s Westerns in Grande Prairie
2001 – Supervisor – Pee Wee A Girls Canadian Championship in Quebec
2002 – Supervisor – Midget A Girls Canadians in Burnaby, B.C.
2005 – Supervisor – Master Men’s & Women’s Westerns in Calgary
2008 – Supervisor – Canadian Collegiate Championships in Calgary
In Anita’s playing, coaching and volunteering, her efforts did not go unrecognized:
•1977 – Keith Harrison Memorial Trophy for players combining ability and sportsmanship in the CLSA Sr. Division
• 1978 – CLSA All Star 3rd Base
• 1985 – Most Sportmanslike with the Sun Club SP
• 1986 – CLSA Coach of the Year
• 1990 – Gwen Holmes Award in the CLSA
• 1999 – Softball Alberta President’s Award
Anita was instrumental in starting the Softball Alberta South Office and Bingo program in Calgary where she was also the Softball Alberta Bingo Chairperson until the program was discontinued.
She has assisted with pitching, catching, batting and coaching clinics for minors and adults and has assisted with National and Provincial talent I.D. camps.
You will always find Anita volunteering her services for the sport of Softball. She has been involved in the sport of softball for over 40 years.