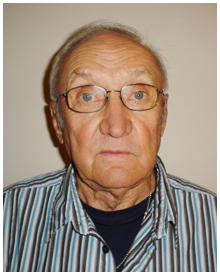 Herb Pearson’s umpiring career started in 1975 when the league he was playing in folded. Wanting to stay in the game, Herb thought that umpiring was the best way how!

Herb always had this ‘thing’ about challenges, projects, etc. There is no middle ground; it has to be a 120% effort. Herb says that while this can be a good thing it probably can be a little annoying for people around him. Regardless, he approached umpiring with the same effort – watching, listening, asking, studying and working games. It seems to have worked.

Here are some of the highlight’s from Herb’s career:

After 23 years of service Herb’s umpiring career came to an end in 1998. Throughout the 1980’s and 1990’s Herb was actively involved with the Calgary Softball Umpires Association serving as Vice-President from 1980-1983, as a clinic organizer and instructor, evaluator and mentor to many budding umpires. He travelled to various locations to partake in umpire clinics and officiate in countless tournaments and provincial championships.

Herb was a valuable contributor to our officiating program. His skills were a great asset in providing umpire evaluations at our provincial umpire evaluator championships.

Herb Pearson was a well-liked, highly respected umpire who performed his duties in an exemplary fashion both on and off the ball diamond.

Herb Pearson is very deserving of this induction into the Softball Alberta Hall of Fame.