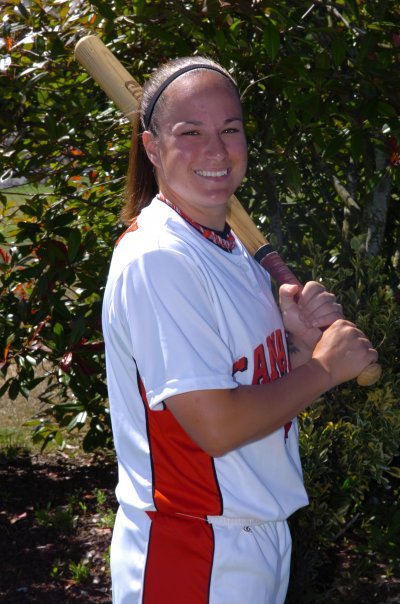 During her 4 years of Midget with the Renegades, Sheena helped her team represent Alberta at the Canadian Girls Midget Championships. Sheena was a 2 time all-star at these championships and led the tournament in hitting in 2002 with a .671 batting average. She also represented Softball Alberta as a member of the 1999 Western Canada Summer Games team in Prince Albert, Saskatchewan where the team captured a silver medal and she lead the team in hitting with a .620 average. In 1998 and 1999, Sheena was selected to an All Star team from the Calgary Women’s Fastpitch Association to compete against Chinese Taipei and Japanese teams on tour. The following year, Sheena was named the 2000 Softball Alberta Minor Female Player of the Year.

The aforementioned credentials and accomplishments, plus many more, are a testament to Sheena Lawrick’s outstanding 28 year softball career. She contributed substantially to every team she played for. Her contribution to the sport of softball provincially, nationally and internationally, is outstanding.

Inducted as an Athlete in 2014