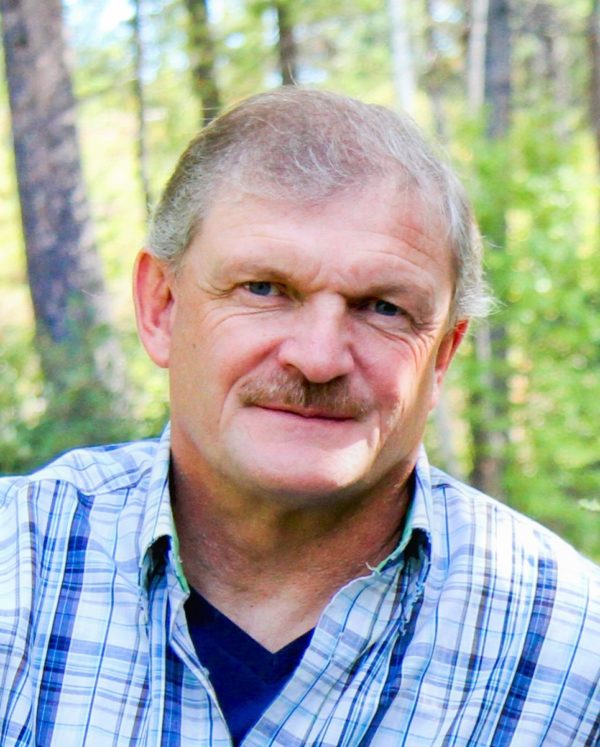 Ron has been one of the top male fastpitch softball athletes in Alberta and Canada for some time. Born in 1959, Ron grew up playing both fastball & hockey. He was a multi-sport athlete as he played for the Calgary Canucks in the Alberta Junior Hockey League and was called up to play for the Calgary Wranglers of the Western Hockey League.

Ron played shortstop for the George Wiens Diggers of Grande Prairie and batted leadoff. Ron could always run and he sprayed the ball, making it difficult to position yourself in the infield and outfield. He played solid defense and moved from shortstop to second base later in his ball career.

Ron had a tremendous eye at the plate and, batting from the left side, used his running ability to leg out many a hit. However, he could also drive the ball into gaps and hit his share of home runs as well. He was a complete ball player and still is.

He attended the Western Canadian Sr. B Championships in Yellowknife, NWT with the Diggers in 1988 and although failing to medal, it wet his whistle to play better ball.  He played with the Camrose Sr. A Merchants in 1990 and then the Edmonton Pine Well  Sr. A Riggers in 1991. The Pine Well team represented Alberta in the Canadian Championships in 1991. Ron was awarded All-Star Shortstop.

He played with the Grande Prairie Sr. A Pride from 1992-1999 winning the Provincial Senior A Championships each year. In 1995, in St. John’s, Nfld, he was named All-Star Second Base and again in 1998 with the Pride in St. Croix, Nova Scotia.

In 2000, Ron would head to the United States and play tournaments with the Heflin Builders out of New York and then to the ISC tournament in St. Joseph, Missouri with the Edmonton Express where he was chosen All World 2nd team infielder.

In 2001, he played for the Broken Bow Travelers of Nebraska and attended the ISC tournament in Eau Claire, Wisconsin where they would be crowned champions. Ron Head was All World 1st team infielder and batted .545.

Work commitments had him retire from 2002-2007 but he would again suit up with Saskatoon Sr. A Aspen Interiors in 2008 at the ISC tournament in Kimberley, Wisconsin finishing in second place. Since then, Ron has continued to play ball as time allows, including with his son Travis with the Camrose Fury. Ron’s family have been huge supporters of his ball playing over the years.

He has continued to play Masters either at the Western Canadian level, National level or American level, as well as twice at the World Master Games in Sydney, Australia in 2009 and Turin, Italy in 2013. Ron was still actively playing Masters Fastball with the Frank Rogers Masters (B & L Plumbing) +50 team that were American champions in 2018. Ron Head has done it all in men’s fastpitch softball. He has brought great notoriety to the sport in Alberta, and Canada and got to play with his son Travis, which every father would love to do.

Inducted as an Athlete in 2019