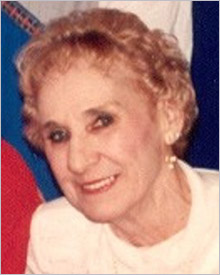 Mildred McAuley, originally from Regina, Sask., has had a career that many female ballplayers can only dream about. A talented player from the beginning, “Millie” was voted MVP by the Saskatchewan Ladies League in 1941, before embarking on a two year stint in the All American Girls Professional Baseball League with the Rockford Peaches. This stellar third baseman had an outstanding record for the number of assists and put-outs with the least errors, as well as holding the record for most triples. Reputed as a power hitter, McAuley was voted MVP by the Peaches in 1943. After returning to Canada, she co-founded the Edmonton Mortons with her husband Ken in 1945. They went on to win the first official Canadian Senior Women’s Championships in 1951, going 34-1 during the season. McAuley was inducted into the Saskatchewan Sports Hall of Fame in 1986, and received a commemorative ring as a player with the AAGPBL in 1988, at the Baseball Hall of Fame in Cooperstown, NY.