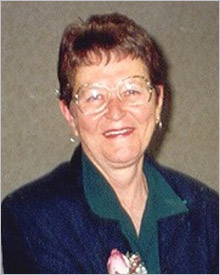 Marlene Saunders, of Crowsnest Pass has had a profound impact on Softball in Alberta, both on and off the field. Nicknamed “Pee Wee” by teammates, Saunders’ career has spanned 34 years, pitching for teams in the Calgary area, leading them to numerous provincial titles at the senior A and intermediate levels. Upon her retirement, she switched to coaching, where she continued to be successful. In 1978, while coaching with the Red Arrow Raiders, her squad earned the Outstanding Team Sportsmanship Award for their participation at the Junior A Canadian Championships in Moncton, NB. Saunders also umpired for almost twenty years, and was the first carded female umpire in Western Canada, having officiated in both Men’s and Women’s Senior A Nationals. Her contribution to the game did not stop there, however, as she continued to be involved with several Calgary-based sports associations, acting as President of the Gold Mitt Softball League and Triwood community Association to name a few. Saunders has won numerous awards, and has had an award dedicated in her honor by the Calgary Minor Softball Association: the Marlene Saunders Trophy for Dedication to Softball.

Inducted as an Athlete in 1998