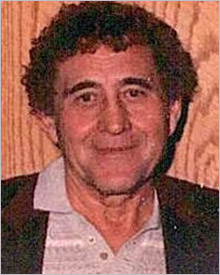 Jim Milne, originally from Canora, Sask, began a very impressive pitching career with his school team in 1943. He was their only pitcher, which was a learning experience in itself, and led the team to a stellar 33-2 record during their 1944 season, averaging 15 strikeouts a game. Milne went on to play with the Empire Jacks in the Saskatoon First Division, 6-team league, winning both provincial and Western Canadian titles with the club. He proved himself to be a player with great endurance, pitching 23 innings in one afternoon during the 1950 Provincial Championships, and tossing a remarkable twenty career no-hitters, two of those being back-to-back with the Lethbridge Huttan Electrices. Milne led his teams to several provincial and Northern Alberta Championships until 1977, when he was sidelined with a shoulder injury, thus ending his pitching career.

Inducted as an Athlete in 1983