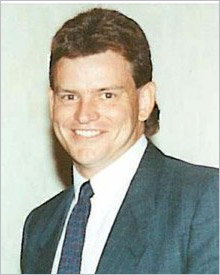 Clark Bosch was a highly accomplished ball player on the world scene, and was known for his impressive batting ability. He broke an ISF batting record in 1988, with an average of .647, and usually averaged between .400 and .500 in both national and international play. He was a dedicated player, driving back and forth between Lethbridge and Calgary for league games, and played for several fastball teams in Canada and New Zealand, winning Provincial, National and World Championships with each one. This first baseman and outfielder was an integral member of Team Canada from 1987-1994, and helped them win Pan American gold in 1989 and 1991, as well as a gold medal in the 1992 ISF Championships in Manila, Philippines. His devotion to the game is also reflected in his involvement in numerous clinics for young people throughout Canada, U.S.A., and New Zealand.

Inducted as an Athlete in 2003